“When someone is going through a life-threatening illness, one of the greatest gifts to receive is the out-pouring love and support from the community,” Totushek said. “I have no idea how many people helped me, but I know I couldn’t have done it without them. You don’t have to know someone to help them.” Mitchell is grateful to Totushek and the girls for putting on the clinic. “I’m very surprised and humbled,” Mitchell said. “It’s a strange feeling that someone I never meant would want to do something so generous. She’s a hero.”

“Maria Totushek is all too familiar with cancer.

Though now in remission from breast cancer, which was diagnosed four years ago, Totushek remembers everything about the disease, including the love and support she received from family, friends and even from people she didn’t even know.

Now Totushek, along with a big assist from some Folsom teens, is helping someone else battling cancer. This isn’t a family member or friend. In fact, it’s someone none of them have never ever met.

Kindra Mitchell, 45, lives in Reno, NV, with her husband, Jerry, and is currently battling ovarian cancer. Mitchell, a mother of three girls ages 15 to 23, is friends with Jeff Phillips, a teacher at Blanche Sprentz Elementary School in Folsom [California], who also is a good friend of Totushek and lent a big hand to her when she was battling cancer. When Phillips told Totushek about his ailing friend, Totushek had to do something.

‘When someone is going through a life-threatening illness, one of the greatest gifts to receive is the out-pouring love and support from the community,’ Totushek said. ‘I have no idea how many people helped me, but I know I couldn’t have done it without them. You don’t have to know someone to help them.’ Mitchell is grateful to Totushek and the girls for putting on the clinic. ‘I’m very surprised and humbled,’ Mitchell said. ‘It’s a strange feeling that someone I never meant would want to do something so generous. She’s a hero.’ 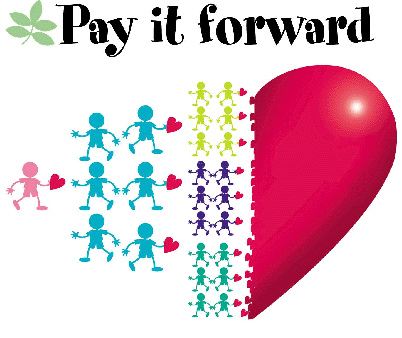 Totushek, who has four soccer-playing daughters between the ages of 12 and five, came up with the idea to hold a soccer clinic with all the proceeds going to Mitchell. The clinic, to be held next month, is called the Kick it for Kindra Soccer Clinic and Fundraiser. Since coming up with the idea, Totushek has left a majority of the details to some Folsom teens. To Totushek, this is where the true story lies. ‘These soccer-loving teens are coming together to support a family battling ovarian cancer,’ Totushek said. ‘The girls have taken on the goal to help raise money for a family in need. They’re volunteering their time and talent to give back to the community. I hope other teens can be inspired and people in the community can see that to help someone in need can turn into a blessing for an entire community.’

The teens working on the project include Vista del Lago freshmen Alexis Reinbolt and Catherine Lehman, Folsom High sophomore Laura Cox and freshman Chelsea Cino and St. Francis freshman Beth Balbierz. The girls have been meeting over the last month, planning the drills and skills to be taught at the clinic. All are enthusiastic about the clinic. ‘It’s a blessing to me because I love soccer and I’m helping someone out at the same time,’ Reinbolt said. ‘I’ve learned a lot about myself since I became involved in it.’ For Cox, cancer is something that she’s dealt with personally. ‘My grandma is a breast cancer survivor and I’m very grateful for that,’ Cox said. ‘My grandfather died of lung cancer. I know how families struggle with cancer. I really wanted to do something to fight against it.’ Like Reinbolt, Cino and Balbierz said they wanted to help with the clinic because of their love for soccer and because it’s for a good cause. As for Lehman, it’s an opportunity to help someone in need. ‘If I was in her position, I’d want someone to help me,’ Lehman said. ‘It feels good to give back, because a lot of people don’t get that opportunity. I never thought to do something like this, but I’m having a lot of fun with it. It feels good to be able to help someone.’

Totushek’s oldest daughter, 12-year-old Madison, has also chipped in and helped her mom with a lot of the behind-the-scenes work encompassing little yet often overlooked details.

[Quoted Source: Kick it for Kindra – Soccer clinic to raise funds for cancer patient, by Matt Long, The Folsom Telegraph, May 13, 2008.]

[Title Quote: The expression “pay it forward” is used to describe the concept of third party beneficiary in which a creditor offers the debtor the option of “paying” the debt forward by lending it to a third person instead of paying it back. In 2000, Catherine Ryan Hyde’s novel Pay It Forward was published and adapted into a Warner Brothers film bearing the same title. In Hyde’s book and the movie, “paying it forward” is described as an obligation to do three good deeds for others in repayment of a single good deed that one receives. Such good deeds should be things that the other person cannot accomplish on his or her own. In this way, the need to help one another can spread exponentially through society, creating a social movement with the goal of making the world a better place. The idea of the book has been championed in real life by the Pay It Forward Foundation. The Foundation focuses on bringing the idea of paying it forward to school age children, parents, and educators. The simple idea of doing good works for others to repay the good works received is easily conveyed to children and encourages them to be socially aware and take a role in making the world a better place. The main character of the book was a 12-year-old child, thus giving other children a similarly young role model to emulate.]