Today marks the third anniversary of Libby’s passing, but we chose to celebrate her life instead.

Today marks the third anniversary of Libby’s passing, but we chose to celebrate her life instead.

As many of you know, the Libby’s H*O*P*E*™ website is dedicated to my 26-year old cousin, Elizabeth Remick, who lost her battle to the disease in 2008.  Libby’s death was, in no uncertain terms, devastatingly tragic; however, her life was anything but. Her life and its inspiration were, and still remain, the driving force behind the website. 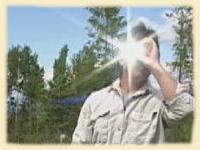 This morning, in reflecting about Libby’s life, I recalled the inspiration evoked by an essay entitled, “The Mirror.”  This essay was written by the best-selling author Robert Fulghum, and published in his book of essays entitled, “It Was On Fire When I Lay Down On It.”

I like to think of the website as a “mirror” which is simply reflecting the light of Libby’s life — and now her spirit — to our readers, including the inspirational ovarian cancer survivors and their family members who visit us each day. As many of you know, it was Libby’s idea to share publicly the initial ovarian cancer information that I compiled for her benefit in 2007-2008; this information became the foundation for Libby H*O*P*E*™.

In this way, Libby possessed “ordinary grace,” a term coined by the author Kathleen Brehony in her book bearing the same title. As explained by Brehony in her book, ordinary grace does not live in sacred cathedrals or holy ashrams; rather, it lives in everyday heroes like Libby, who find a place in their life for compassion, generosity, forgiveness, love and simple kindness.

I hope that you enjoy The Mirror (reproduced in full below). More importantly, I hope that the essay inspires you to reflect your light — truth, knowledge and compassion — into the hearts of others who are experiencing difficult times in their lives. Libby is our light. And it is our greatest hope that you find the website an illuminating reflection of her light.

Libby, we love you, miss you, and will never forget you. Thank you for your life and eternal inspiration.

An essay written by Robert Fulghum

“Are There Any Questions?” An offer that comes at the end of college lectures and long meetings. Said when an audience is not only overdosed with information, but when there is no time left anyhow. At times like that you sure do have questions. Like “Can we leave now?” and “What the hell was this meeting for?” and “Where can I get a drink?”

The gesture is supposed to indicate openness on the part of the speaker, I suppose, but if in fact you do ask a question, both the speaker and audience will give you drop-dead looks. And some fool — some earnest idiot — always asks. And the speaker always answers. By repeating most of what he has already said.

You never know, somebody may have the answer, and I’d really hate to miss it because I was too socially inhibited to ask. But when I ask, it’s usually taken as a kind of absurdist move — people laugh and nod and gather up their stuff and the meeting is dismissed on that ridiculous note.

Once, and only once, I asked that question and got a serious answer. One that is with me still.

First, I must tell you where this happened, because the place has a power of its own. In Greece again.

Near the village of Gonia on a rocky bay of the island of Crete, sits a Greek Orthodox monastery. Alongside it, on land donated by the monastery, is an institute dedicated to human understanding and peace, and especially to rapprochement between Germans and Cretans. An improbable task, given the bitter residue of wartime.

This site is important, because it overlooks the small airstrip at Maleme where Nazi paratroopers invaded Crete and were attacked by peasants wielding kitchen knives and hay scythes. The retribution was terrible. The populations of whole villages were lined up and shot for assaulting Hitler’s finest troops.

High above the institute is a cemetery with a single cross marking the mass grave of Cretan partisans. And across the bay on yet another hill is the regimented burial ground of the Nazi paratroopers. The memorials are so placed that all might see and never forget. Hate was the only weapon the Cretans had at the end, and it was a weapon many vowed never to give up. Never ever.

Against this heavy curtain of history, in this place where the stone of hatred is hard and thick, the existence of an institute devoted to healing the wounds of war is a fragile paradox. How has it come to be here? The answer is a man. Alexander Papaderos.

A doctor of philosophy, teacher, politician, resident of Athens but a son of this soil. At war’s end he came to believe that the Germans and the Cretans had much to give one another — much to learn from one another. That they had an example to set. For if they could forgive each other and construct a creative relationship, then any people could.

To make a lovely story short, Papaderos succeeded. The institute became a reality — a conference ground on the site of horror — and it was in fact a source of producive interaction between the two countries. Books have been written on the dreams that were realized by what people gave to people in this place.

By the time I came to the institute for a summer session, Alexander Papaderos had become a living legend. One look at him and you saw his strength and intensity — energy, physical power, courage, intelligence, passion, and vivacity radiated from this person. And to speak to him, to shake his hand, to be in a room with him when he spoke, was to experience his extraordinary electric humanity. Few men live up to their reputations when you get close. Alexander Papaderos was an exception.

At the last session on the last morning of a two-week seminar on Greek culture, led by intellectuals and experts in their fields who were recruited by Papaderos from across Greece, Papaderos rose from his chair at the back of the room and walked to the front, where he stood in the bright Greek sunlight of an open window and looked out. We followed his gaze across the bay to the iron cross marking the German cemetery.

He turned. And made the ritual gesture: “Are there any questions?”

Quiet quilted the room. These two weeks had generated enough questions for a lifetime, but for now there was only silence.

“No questions?” Papaderos swept the room with his eyes.

“Dr. Papaderos, what is the meaning of life?”

The usual laughter followed, and people stirred to go.

Papaderos held up his hand and stilled the room and looked at me for a long time, asking with his eyes if I was serious and seeing from my eyes that I was.

“I will answer your question.”

Taking his wallet out of his hip pocket, he fished into a leather billfold and brought out a very small round mirror, about the size of a quarter.

“When I was a small child, during the war, we were very poor and we lived in a remote village. One day, on the road, I found the broken pieces of a mirror. A German motorcycle had been wrecked in that place.

I tried to find all the pieces and put them together, but it was not possible, so I kept only the largest piece. This one. And by scratching it on a stone I made it round. I began to play with it as a toy and became fascinated by the fact that I could reflect light into dark places where the sun would never shine — in deep holes and crevices and dark closets. It became a game for me to get light into the most inaccessible places I could find.

I kept the little mirror, and as I went about my growing up, I would take it out in idle moments and continue the challenge of the game. As I became a man, I grew to understand that this was not just a child’s game but a metaphor for what I might do with my life. I came to understand that I am not the light or the source of light. But light — truth, understanding, knowledge — is there, and it will only shine in many dark places if I reflect it.

I am a fragment of a mirror whose whole design and shape I do not know. Nevertheless, with what I have I can reflect light into the dark places of this world — into the black places in the hearts of men — and change some things in some people. Perhaps others may see and do likewise. This is what I am about. This is the meaning of my life.”

And then he took his small mirror and, holding it carefully, caught the bright rays of daylight streaming through the window and reflected them onto my face and onto my hands folded on the desk.

Much of what I experienced in the way of information about Greek culture and history that summer is gone from memory. But in the wallet of my mind I carry a small round mirror still.

Are there any questions?