The U.S. Food and Drug Administration today announced a series of steps to (i) increase the supply of critically needed cancer drugs, and (ii) build upon President Obama’s Executive Order to help prevent future drug shortages.  To alleviate the Doxil cancer drug shortage, the FDA approved  the temporary importation of a replacement drug named “Lipodox” (doxorubicin hydrochloride liposome injection), with the expectation of  ending the U.S. shortage and fully meeting patient needs in the coming weeks. Doxil is an important weapon in the fight against recurrent ovarian cancer.

The U.S. Food and Drug Administration today announced a series of steps designed to increase the supply of critically needed cancer drugs, and build upon President Obama’s Executive Order, dated October 31, 2011 (No. 13588), in an attempt to prevent future drug shortages. 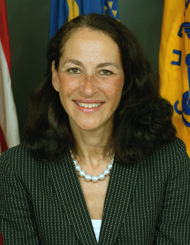 “A drug shortage can be a frightening prospect for patients and President Obama made it clear that preventing these shortages from happening is a top priority of his administration,” said FDA Commissioner Margaret A. Hamburg, M.D. “Through the collaborative work of the FDA, industry, and other stakeholders, patients and families waiting for these products or anxious about their availability should now be able to get the medication they need.”

In response to the critical shortage of the cancer drug Doxil (doxorubicin hydrochloride liposome injection) and rapidly declining supplies of methotrexate, the FDA took proactive steps needed to increase available supply for patients in the U.S.

For Doxil, there will be temporary importation of a replacement drug named “LipoDox” (doxorubicin hydrochloride liposome injection), which is expected to end the shortage and fully meet patient needs in the coming weeks.

For methotrexate, in addition to already announced actions, the FDA approved a new manufacturer of preservative-free formulation of methotrexate that is expected to further bolster supply and help avert a shortage of this lifesaving medicine. the FDA expedited review of the application to help address this potential shortage.

Under the FDA’s exercise of enforcement discretion, the chemotherapeutic drug LipoDox will be imported as an alternative to Doxil. Doxil is used in multiple treatment regimens, including treatment of ovarian cancer after failure of platinum-based chemotherapy (e.g., carboplatin or cisplatin). The drug is also indicated for use in AIDS-related Kaposi’s sarcoma and multiple myeloma. The FDA anticipates that the incoming supply of LipoDox will be able to fully meet patient needs.

Temporary importation of unapproved foreign drugs is considered in rare cases when there is a shortage of an approved drug that is critical to patients and the shortage cannot be resolved in a timely fashion with FDA-approved drugs.

When a company is identified that is willing and able to import the needed drug product, the FDA evaluates the foreign-approved drug to ensure that it is of adequate quality and that the drug does not pose significant risks for U.S. patients. Only after successful evaluation of these factors does the FDA exercise its enforcement discretion for the temporary importation of an overseas drug into the U.S. market.

Methotrexate is a drug that is needed for the treatment of many forms of cancer and other serious diseases. For example, preservative-free methotrexate is needed for the intrathecal (injection into the fluid surrounding the brain and spinal cord) treatment of children with acute lymphocytic leukemia (ALL), as well as high-dose therapy of osteosarcoma.

To alleviate the shortage of methotrexate, the FDA has successfully engaged several firms to assist in maintaining supplies to meet all patient needs. First, the FDA has prioritized the review and approval of a preservative-free methotrexate generic drug manufactured by APP Pharmaceuticals (APP) and expects that product to become available in March 2012 and continue indefinitely. Second, Hospira expedited release of additional methotrexate supplies, resulting in 31,000 vials of new product – enough for more than one month’s worth of demand – being shipped to hundreds of U.S. hospitals and treatment centers today. The FDA is actively working with other manufacturers of methotrexate who have also stepped up to increase drug production for the purpose of meeting patient needs, including Mylan and Sandoz Pharmaceuticals.

APP’s application for preservative-free methotrexate is a supplement to its already approved generic drug application that the firm had previously discontinued. When the FDA became aware of potential problems with the supply of the drug (attributable to the voluntary plant closing of the largest methotrexate manufacturer, Ben Venue Laboratories), the agency reached out to other firms to see how the FDA could assist to meet the shortfall.

Prior to the approval of APP’s application, and the subsequent Ben Venue Laboratories’ voluntary shutdown, the FDA worked with Ben Venue on release of already manufactured preservative-free methotrexate, following its confirmation of the safety of remaining drug inventory. This supply is available already and will provide emergency supplies as the other firms also work to increase production of methotrexate in response to requests by the FDA and the public.

On October 31, 2011, the Obama Administration also announced its support for bipartisan legislation that would (i) require all prescription drug shortages to be reported to the FDA, and (ii) give the FDA new authority to enforce these requirements. While additional manufacturing capacity is necessary to fully address the drug shortage problem, additional early notification to the FDA can have a significant, positive impact on addressing the incidence and duration of drug shortages.

For more FDA information relating to the U.S. drug shortage, please click on the topics listed below:

Drug Shortage Guidance (“Guidance for Industry — Notification to FDA of Issues that May Result in a Prescription Drug or Biological Product Shortage – Draft Guidance,” dated February 2012)

The FDA, an agency within the U.S. Department of Health and Human Services, protects the public health by assuring the safety, effectiveness, and security of human and veterinary drugs, vaccines and other biological products for human use, and medical devices. The FDA is also responsible for the safety and security of our nation’s food supply, cosmetics, dietary supplements, products that give off electronic radiation, and for regulating tobacco products.

Iran expects to bring a  cancer nanodrug called “Sinadoxosome” to market next month. Sinadoxosome is apparently similiar to pegylated liposomal doxorubicin which is marketed under the brand name “Doxil” in the U.S. and “Caelyx” in Europe. Doxil/Caelyx has been in extreme short supply in the U.S. and Europe, thereby causing potential detriment to many ovarian cancer patients.

Iran inaugurated the production line of an anti-cancer nanodrug under the name “Sinadoxosome” in the Northern city of Rasht, and the medicine will soon come to market.

In addition to producing the amount of nanodrug required by Iran, the new drug production line makes possible the exportation of the drug to other countries. The drug acquired the necessary certificates from Nanotechnology Committee of the Ministry of Health, Treatment, and Medical Education in November 2011.

Dr. Mahmoud Reza Ja’fari, the Managing Director of Exir Nano Sina Company, told the Iran Nanotechnology Initiative Council’s reporter that the anti-cancer drug Sinadoxosome would be presented to the market next month.

“This product has been produced by the knowledge-based company Exir Nano Sina in association with Iran Nanotechnology Initiative Council. It has acquired the production certificate from the Ministry of Health, Treatment, and Medical Education,” Dr. Ja’fari added.

Pointing to the fact that the production of this medicine had been “monopolized” by European countries (under the “Caelyx” brand name) and by the United States (under the “Doxil” brand name), the Head of Nanotechnology Research Centre of Mashhad University of Medical Sciences said: “The importation of this medicine cost [sic] $5 mln annually. However, this medicine will be presented to the patients at one-third of the price of the foreign drug after the establishment of Sinadoxosome production line.”

Sinadoxosome contains nano liposomes that contain doxorubicin anti-cancer medicine. It targets the tumor tissue and boosts the effect of the medicine but decreases its side effects. The medicine has applications in the treatment of ovarian cancer, breast cancer, leukemia, and Kaposi’s sarcoma (a type of soft tissue cancer).

The production line involving the Sinadoxosome anti-cancer drug was established on February 8, 2012, in the presence of Iran Nanotechnology Initiative Council’s authorities and the managing director and researchers of the Sobhan Oncology Pharmaceutical Company.

In the YouTube video presented below, U.S. Senator Orrin Hatch (R-Utah), Ranking Member of the Senate Finance Committee, delivered the opening statement at a 2011 committee hearing examining the impact of drug shortages in America.