An interesting article appearing in USA Today on January 14, written by Cheryl Alkon, describes the use of “crowd funding” to assist individuals who may be experiencing tough financial times — or even bankruptcy — due to, among other things, medical costs, including those incurred to treat cancer.

What is “Crowd Funding?”

The term “crowd funding” describes the collective effort of individuals who network and pool their money, generally through the Internet, to support efforts initiated by other people or organizations. For example, crowd funding can be used to support disaster relief, citizen journalism, political campaigns, startup company funding, movie or software development, and scientific research.

An interesting article appearing in USA Today on January 14, written by Cheryl Alkon, describes the use of crowd funding to assist individuals who may be experiencing tough financial times — or even bankruptcy — due to, among other things, medical costs, including those incurred to treat cancer. The crowd funding websites listed by Alkon include: the Human Tribe Project (humantribeproject.com), GiveForward (giveforward.com), FundRazr (fundrazr.com), and GoFundMe (gofundme.com).

It is estimated that $2.8 billion was raised by all types of crowdfunding websites in 2012.

In an era when social media and networking reign supreme, most individuals have “friends,” and even “friends of friends.” At this point, you should be thinking about The Beatles song entitled, A Little Help From My Friends, which the group recorded on their Sgt. Pepper’s Lonely Hearts Club Band album in 1967. Or perhaps, you prefer Joe Cocker’s cover version of the song, which he sang at the Woodstock Music Festival in 1969. But, I digress. So, let’s turn to a great example of crowding funding used to support medical costs.

The Genesis of the Human Tribe Project 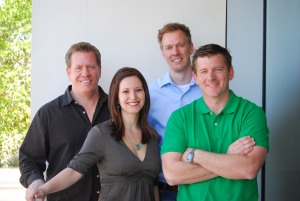 The concept of crowd funding within the context of cancer treatment is best understood through the genesis of The Human Tribe Project.

In early 2008, Jaclyn Foutz learned that her longtime friend, Kindra McLennan, had been diagnosed with a rare form of cervical cancer. Not knowing how to help Kindra, who lived 1,500 miles away, Jaclyn did what anyone thirty-something would do: she turned to Google®.

Her search turned up various websites listing ways to help support and encourage a friend through cancer, and of those, some even suggested fundraising ideas. Realizing that they could not be there to hold Kindra’s hand through the chemotherapy and radiation, Jaclyn and her friends decided to raise money for Kindra and her husband to relieve the financial burden associated with her cancer treatment. Jaclyn identified websites suggesting fundraising options, but all seemed too local and small in scope to have the kind of impact that she and her friends wanted. At the time, Jaclyn’s husband, Ryan Foutz, his brother, Matt Foutz, and Ryan’s childhood friend, Steve Bever, owned a wholesale jewelry company. They donated turquoise beads, and Jaclyn and her friends sold turquoise necklaces in support of Kindra. They sold the necklaces in-person to friends, relatives and coworkers, and by e-mail to people in Kindra’s support network all across the country.

The project was a huge success; they sold 350 necklaces and raised $10,000. They were inspired by the breadth of Kindra’s network of friends and the willingness of complete strangers to buy the necklaces.

Initially, Kindra refused to take handouts from her friends and family; however, when she knew her friends and family were receiving a necklace in return for their monetary donation, her concerns were alleviated. And, when Kindra saw everyone from her best friend to her chemotherapy nurse wearing the necklaces, she felt an emotional support as great as the financial support that she had received.

After extensive research, Jaclyn and Ryan learned that there were no resources available to do what they did on a larger, commercial scale. They found companies selling products in an effort to raise money for non-profits, foundations, or research institutions, but none raised money directly for individuals during their time of need.

During their research process, they were astonished to learn about the financial burden that individuals suffering from an illness often face. For example, with respect to breast cancer alone, it is estimated that out-of-pocket expenditures and lost-income costs for women with insurance coverage average $1,455.00 per month. The majority of those out-of-pocket costs are related to co-payments, hospitalizations, and specialist visits.

In 2006, twenty-five percent of cancer patients reported that they had to use all or most of their savings to deal with cancer treatment costs. Approximately fifty percent of all personal bankruptcies filed in the U.S. are filed due to medical expenses. Also, researchers have found that there is a strong connection between emotional support and healthcare outcomes. Jaclyn and Ryan found these statistics astounding; there was a better way to aid individuals and enhance the benefits of strong support networks.

Through all of this, Jaclyn, Ryan, Matt, and Steve saw firsthand the power of the humanitarian spirit and how that spirit connects us all. It was from this experience that Human Tribe Project was born.

Ultimately, Kindra McLennan used some of the funds raised on the website to take a trip to Las Vegas for her 30th birthday, four months before she died. “If that’s what you feel you need to use the money for, that’s one of the things you can do when you know the people who are donating to you,” Jaclyn Foutz says. The Human Tribe Project website launched  in early 2009, six months after McLennan’s death.

Not only were Kindra’s friends and family able to raise approximately $10,000 on her behalf, but Kindra could see their love and support in every necklace that was worn. The Human Tribe Project website is dedicated to Kindra’s memory.

After helping establish the Human Tribe project, Matt Foutz never anticipated using the service for his own family. Two years ago, Mathew’s daughter Mia was diagnosed with a brain tumor, called a “medulloblastoma,” at the age of five. Mia received surgery, months of chemotherapy, and radiation treatment, the net result of which was permanent memory, mobility and endocrine issues. Through crowd funding, Matthew Foutz has already raised $11,520 for Mia.

Thoughts From Those In the Field

The USA Today article cites several individuals who are actively involved, directly or indirectly, in the field of crowd funding.

Crowd funding is doing what has always been done, but taking the technology we have to make it viral. People give on these sites often because they have been asked to do so by a friend or a friend of a friend. The personal element is a lot more compelling than sending a check to a charity. Doing that is anonymous and you can’t relate, but if it’s your friend who has cancer, you want to help.”

Daryl Hatton, the founder and CEO of FundRazr, said:

“People know who they are donating to, but one of the big surprises is that people saw how many complete strangers were donating to them. The message has to really resonate with your friends, or else it won’t go anywhere. If you don’t get that social proof, then people don’t get donations. Our natural skepticism kicks in, and they hold back on hitting that button.”

According to the USA Today article, it appears that scams are rare. “Scammers tend to lack social-media followings, as they don’t want to identify themselves,” said Hatton. “Those with integrity have networks. To give you scale, approximately one in 5,000 medical FundRazrs get shut down.”

In the end, a cancer patient can use a crowdfunding site to tell his or her story about why money is needed, using blogs and updates to keep potential donors informed. Most websites collect donations and forward them directly to the person in need. The websites can take out a small portion of the donation for administrative and other costs, which can range from 5%-20% of funds raised. It is important to note that most crowd funding websites are not tax-exempt, non-profit organizations, and therefore, donations are not considered tax-deductible.

The USA Today article provides a few common sense tips to those who may be interested in crowd funding: (i) perform thorough due diligence on various websites beyond looking for a nice appearance (i.e., evaluate news stories, customer reviews, complaints,  etc.); (ii) research online tips for writing a compelling narrative about yourself and the need for money; (iii) give frequent updates (as most blog writers learn quickly); and (iv) know that fundraising is time-consuming, but realize that you are your own best advocate.

There is a saying that “to the world you may only be one person, but to one person you may be the world.” For those of you who may be thinking about helping a cancer survivor through crowd funding, keep in mind that “grand” opportunities to help others seldom arise, but small, yet critical, opportunities surround us everyday.