On December 26, 2007, I received a telephone call at 6:00 A.M. It was the kind of call that nobody ever wants to receive. I was informed by a family relative that Libby, my 25 year old cousin, was diagnosed with an ovarian cancer recurrence. My relative requested my assistance because she was aware that I helped my mother from 2002 to date with her fight against Stage IV breast cancer — a particularly aggressive form referred to as “HER-2.” I am happy to say that my mom is currently in a state known as “no evidence of disease” or “NED,” which is loosely referred to as “remission.” A “monoclonal antibody targeted therapy” known as “Herceptin” saved her life — a novel therapy discovered through family on-line research.

In December 2007, I began to assist Libby and her husband Steve in developing a treatment “roadmap” to battle her ovarian cancer recurrence. Libby’s ovarian cancer is an aggressive form known as “clear cell carcinoma (CCC).” As the body of medical and educational research that I used to assist Libby and Steve grew, we agreed collectively that such research could help other women in their fight against ovarian cancer. I guess you could say that in the midst of this extremely emotional, life-threatening situation, we chose hope. On July 28, 2008, Libby lost her fight against ovarian cancer and left behind her husband Steve, her mother Kathy, her father Dennis, and her sister Sara. Libby’s courage and grace throughout her battle with ovarian cancer represents a shining role model, not only within our family, but to all women fighting this disease.

The current day paradigm “information is power” was created by Sir Francis Bacon in the 16th century. Actually, the famous latin maxim penned by Bacon was “scientia potentia est” — meaning, “for also knowledge itself is power.” The Book of Proverbs contained in the Old Testament of the Bible reveals similar thinking in the following verse: “a wise man is strong; yes, a man of knowledge increases strength.” Proverbs 24:5 (American King James Version). Regardless of its origin, the paradigm suggests that knowledge and education increases the life potential of an individual. This weblog, appropriately captioned “Libby’s H*O*P*E*™ (*Helping *Ovarian Cancer Survivors *Persevere Through *Education™),” is intended to empower all women fighting ovarian cancer with knowledge obtained through a variety of on-line medical and educational resources. It is critical to note that Libby’s H*O*P*E*™ should not be used as a substitute for seeking appropriate medical advice from a board-certified gynecological oncologist. Libby’s H*O*P*E*™ is solely intended to empower you prior to your consultations with appropriate licensed medical professionals throughout treatment.

The weblog is currently a work in progress and the content will grow and develop through time.  Please feel free to leave comments with respect to any Libby’s H*O*P*E*™ post by clicking on the blue highlighted post title or the “Comments”/”No Comments” phrase located at the bottom of each post.

If you are unable to donate, you can nevertheless support OCRF  for free by clicking on our OCRF “SocialVibe” widget that appears on the homepage right sidebar. For each reader that clicks on the OCRF SocialVibe widget, and watches the video presented and/or answers the question(s) listed, our current SocialVibe sponsor will donate money to OCRF for ovarian cancer research. It’s fast & it’s free! 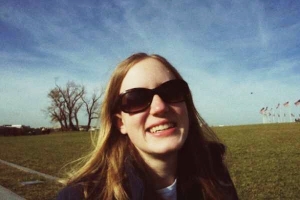 Libby’s H*O*P*E*™ is dedicated to my cousin Elizabeth Kay Remick, who courageously “fought the good fight” to the end.  As noted by the author/artist Mary Anne Radmacher, “Courage doesn’t always roar.  Sometimes courage is the quiet voice at the end of the day saying, ‘I will try again tomorrow.’” If you are reading Libby’s H*O*P*E*™, it is likely that you are directly or indirectly affected by ovarian cancer. My thoughts and prayers are with all survivors, their families and friends, as they persevere in their fight against ovarian cancer.

The National Cancer Institute defines “survivorship” in part as “… the physical, psychosocial, and economic issues of cancer, from diagnosis until the end of life.”  With the thought that a “picture is worth a thousand words,” I provide a video below that is entitled “Song For Breast Cancer.” Despite the reference to breast cancer in the song’s title, the video was created by Stuart Knight to inspire all women who are affected by cancer to survive and thrive.